The appearance of MRI scans had an equally revolutionary influence on neurological and neurosurgical practices, such as CT scan in 70-ies. This methodology is based on the initial position that the tissues of the body, there are tiny particles, the direction of movement which can be changed in a magnetic field. 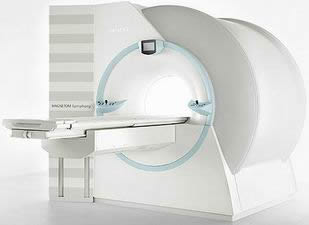 The most commonly used magnetic field strength is equal to 0.15 T (tesla). Each tesla is equal to 10 000 G (for comparison: the power of Earth's magnetic field is equal to 0,6 G). Once charged particles in the tissues of the body respectively be located along the north-south axis to use a magnetic field, electric current is passed through the coils are placed so that generated radio waves and the associated magnetic field are at right angles to the field of the magnet. RF field is not static, it rotates in the projection of a right to the body at a rate equal to the frequency of radio waves. 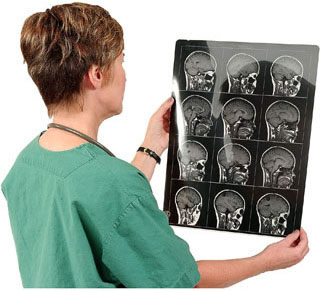 MRI of the brain in the lateral projection. 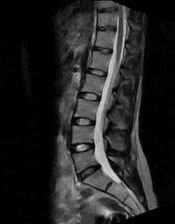 More information about certain types of MRI studies carried out in radiology department:

Attention! There are several sub-species or regimes of magnetic resonance imaging (MRI), respectively, what you need, must be specified in writing (direction, out-patient card or record from the history of the disease) from a doctor. Do not try to go through this procedure without first consulting a specialist, so as not to harm your health!