Pus, destroying soft and arachnoid membrane, accumulate in the furrows of the cerebral cortex and usually melts the surface layer of the cortex. A large gathering of pus, it compresses the brain and sometimes shifts the opposite side of the brain. Extremely rare for a subdural brain abscess observed breakthrough of pus through the dura mater and bone in the middle ear cavity and even the skin. 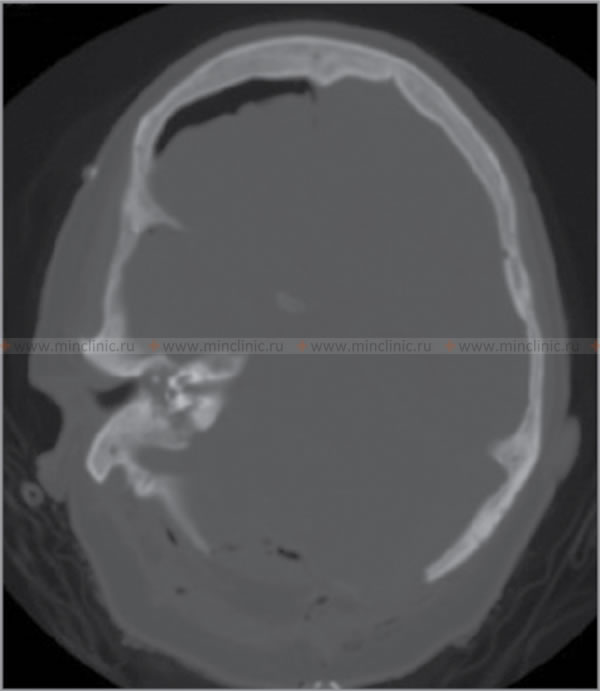 Starting at high temperature (up to 38–39 °C), clinically subdural abscess is characterized mainly by the severity of a brain, the meningeal symptoms. With a subdural brain abscess frequent focal neurological symptoms due to compression or swelling of the cerebral cortex.

Specified circumstances, along with a very frequent combination of the subdural abscess with other intracranial complications explain the exceptional difficulty of diagnosis of a brain abscess, which is usually detected at surgery or postmortem autopsy. Suspect on subdural brain abscess can sometimes be a combination of pronounced meningeal symptoms with small changes in the cerebrospinal fluid.

With a subdural brain abscess successfully applied auxiliary diagnostic methods in the form: 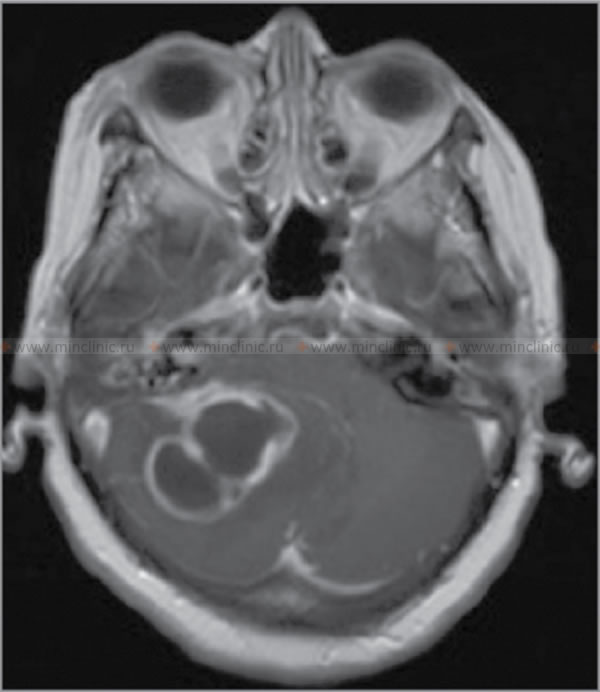 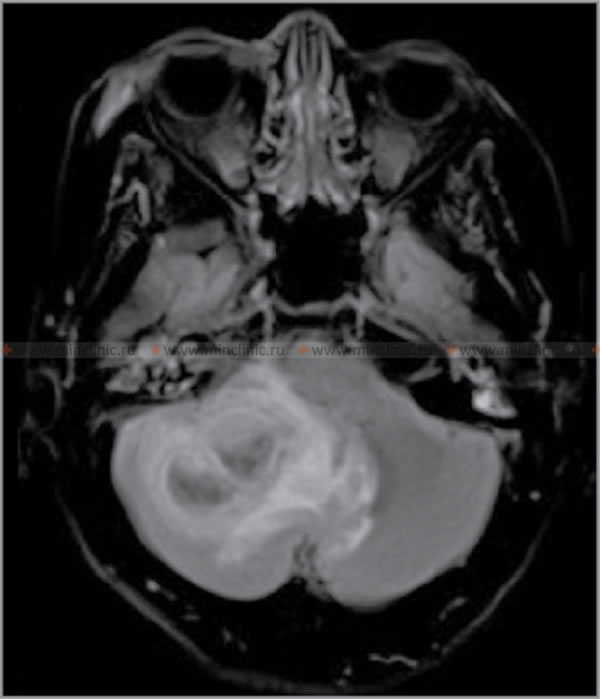 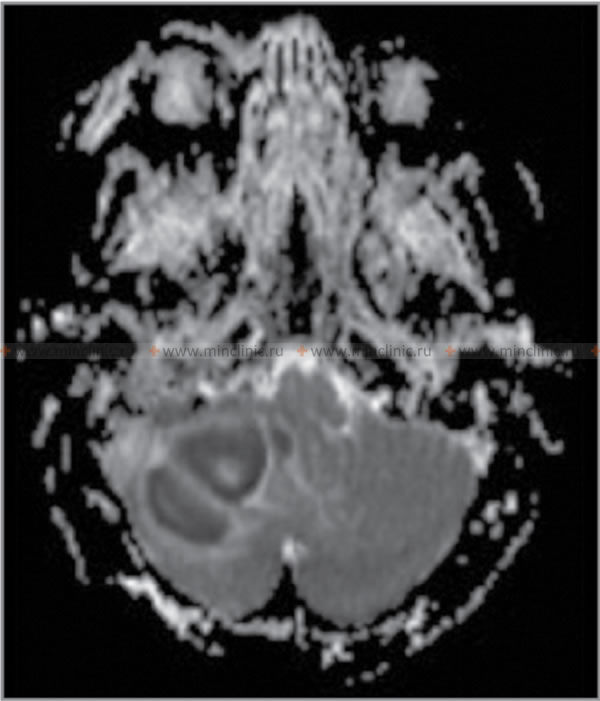 Axial magnetic resonance imaging (MRI) of the brain in the ADC (apparent diffusion coefficient) mapping mode corresponds to the picture of the brain abscess.

Treatment of subdural brain abscess is the corresponding operation on the temporal bone (if it has not previously been made) and the drainage of the abscess with complete its drainage. Postoperatively, antibiotics are prescribed by antibiotic sensitivity and sulfonamides. Antibiotics were administered intramuscularly as well as locally.

To combat the toxicity in the subdural abscess introduce sufficient quantities of liquid-based electrolyte balance and osmotic pressure (excessive drinking, polyionic solutions). At the same time as clinically indicated dehydration carried by the appointment of diuretics (Furosemide or Lasix, Diakarb, etc.).