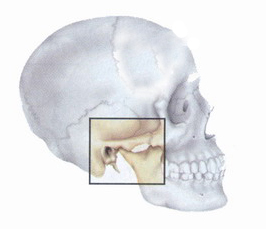 In 1969, Laskin suggested that the definition of MBD - a syndrome that is now considered a classic. For the diagnosis of this syndrome is enough of a least one of the four symptoms

In addition, clinical or radiographic indicators of organic changes in the temporomandibular joint (TMJ), and palpation of the joint through the outer ear canal should be painless. 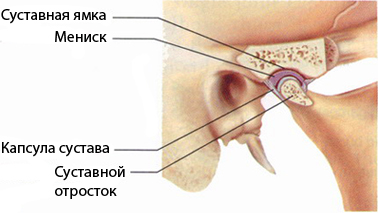 However, as is now believed, clicks and pop sounds in the temporomandibular joint (TMJ) indicate impaired function of the disc in this joint. Thus, by definition Laskin MBD syndrome affects patients with facial pain, spreading to the ear and prootic zone. Such a classification is possible to diagnose MBD syndrome with all the facial pain of unknown origin. Many of the above symptoms occur only in the damage of the masticatory muscles, as it struck myofascial trigger points (CT) muscle is the major source of pain and dysfunction.

Tying neuromuscular dysfunction with specific morphological and functional disorders, Solberg singled out the sequence of its typical symptoms - it is spontaneous, and impairment of the relevant dislocation in the temporomandibular joint (TMJ), arthralgia, osteoarthritis, chronic reduction in mobility and joint inflammation.

In dental literature, we consider three main points of view about the nature of myofascial pain syndrome, which exist: 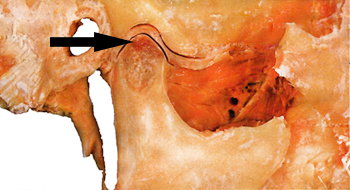 Differences of opinion concerning the dysfunction of temporomandibular joint (TMJ), apparently caused mainly by differences in points of view and focusing only on the part of the whole picture of the disease without taking into account the latest achievements in this field. Although the symptoms of dysfunction of temporomandibular joint (TMJ) and localization of pain and indicate pathology in the joint, but we must remember that in reality the pain is very often transferred to the joint from myofascial trigger points (CT) localized mainly in the lateral pterygoid and sometimes in the medial pterygoid or masseter muscle.

Detection and treatment of muscles containing trigger points (CT) can lead to rapid, but temporary pain relief. Complete cure is possible only when addressing contributing activity (TT), factors which may be mechanical (eg, breach of occlusion), system-pathological or functional (mental and behavioral).

Clicking and snapping sounds in the TMJ at movements of the mandible is usually attributed to a shift of the disk, or curvature of the articular surfaces. Forward displacement of the disc, which is accompanied, according to many authors, clicks can be caused by shortening of the upper head of lateral pterygoid muscle as a result of the activity localized in its trigger point (TT). 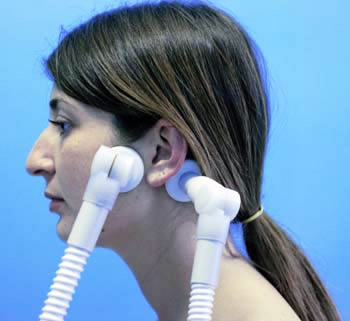 Elimination of swelling, inflammation, pain, restore range of motion of temporomandibular joint accelerated by the use of physiotherapy.

To remove the reflected myofascial pain is necessary to reduce muscle strain by inactivation of trigger points (CT) at the top of the head muscles, which in turn is achieved by eliminating contributing (inducing) factors, and local treatment of most muscles. Very often the trigger points (TT) are formed in the lower head of lateral pterygoid. Dawson explains that occlusal disharmony, in which the inferior head muscles, counteracting the efforts of the muscles, lifting the lower jaw, teeth periodically to center position for the correction of malocclusion, which causes an overload of the muscles. 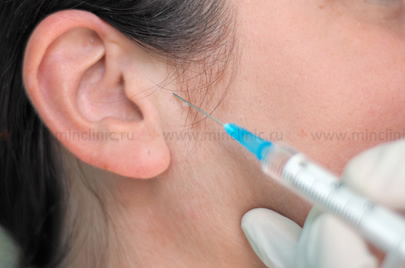 Drug injection (local anesthetic and corticosteroids) into the cavity of the temporomandibular joint.

In addition, the head of lateral pterygoid muscles operate reciprocally; force developed while reducing the bottom heads can be modulated and directed to hold the articular head in contact with the thinnest part of the articular disc. In this case, the displacement drive forward at a voltage of the affected trigger points (CT) of the upper head can also lead to an overload of the lower head. 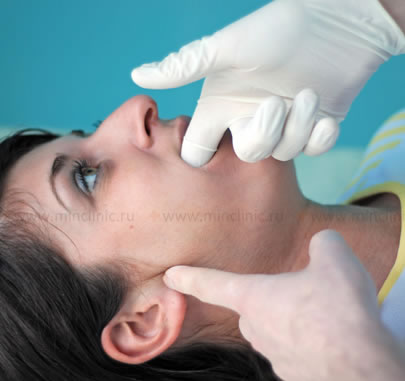 Muscular manipulation technique to relieve tension in the muscular-tonic syndrome in the masticatory muscles.

It should again be recalled that the pain in the temporomandibular joint (TMJ) can be transmitted from the deep part of masseter muscle, medial pterygoid and the end of the sternocleidomastoid muscle.

Depending on the degree and type of joint damage, the following therapeutic action: