Varicocele is an expansion and lengthening of the veins of the spermatic cord. A slight expansion of the veins of the cord with varicocele, especially on the left, is quite common and usually does not give subjective symptoms. A varicocele develops most often at a young age, during puberty. The moments contributing to the occurrence of varicocele are considered to be hard physical labor, long tiring walking. The onset of the disease in adolescence is associated with excessive blood flow to the genitals during sexual arousal.

Varicocele can be either an independent disease or only a symptom of difficulty in blood outflow, due to compression along v. spermaticae, most often when there is a tumor in the renal area. 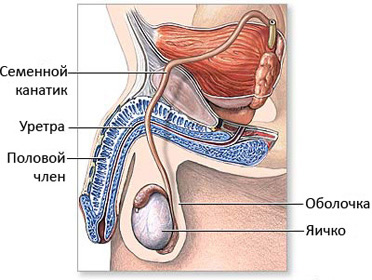 Anatomical features of the veins of the spermatic cord with varicocele

The anatomical features of the veins of the spermatic cord, which cause varicocele, are as follows: these veins have very imperfectly constructed valves, and in the groin area they have no valves at all. The veins of the cord go into loose connective tissue and do not receive help from the contracting muscles for their emptying, as is the case in the veins of the extremities. On the left side, there are aggravating features in that v. spermatica on the left does not flow directly into v. cava inf., and in v. renalis, flowing there at right angles. Also, the left testicle is usually lower than the right one, so the blood column pressure on the left should be higher than on the right. Besides, v. spermatica sinistra can be compressed with constipation of the sigmoid colon filled with stool.

Anything that leads to diseases of the vascular system, especially infection and intoxication, can contribute to the onset of varicocele. The defeat often begins with the anterior bundle of veins, but in cases of far gone veins, the posterior bundle is also affected. Usually, the case is limited to the defeat of the veins of the cord, but sometimes painful changes extend to the veins of the skin of the scrotum and penis. Occasionally, the veins of the testicle itself are affected. The stretched, convoluted, blood-filled veins of the cord sag under the influence of their gravity in the form of a loop below the testicle and, in severe cases, change the position of the testicle, bringing it closer to the horizontal.

Impaired blood circulation, due to stagnation, can lead to the processes of degeneration in the testicle itself, with the outcome in its atrophy. Usually, during the period of illness, there is a flabby consistency of the testicle, it's swelling, sometimes dropsy of the testicle (hydrocele) is a concomitant phenomenon. Often, along with a hydrocele, there is a lesion of the veins in other areas of the body on the limbs, in the rectum.

Pathologist-histological changes in the veins of the cord with varicocele are similar to those observed with the expansion of the veins of the extremities. In most cases, a small varicocele produces mild pain. In advanced cases of varicocele, patients complain of a feeling of heaviness in the scrotum, pulling pains in the groin, perineum, and lower back. These symptoms in patients with varicocele increase with prolonged walking, especially in hot weather. Sometimes patients with varicocele experience impotence, hypochondria. The examination reveals swelling of a soft consistency along the spermatic cord, consisting of a bundle of dilated convoluted veins. With careful pressure, the blood from the bundle of dilated veins can be largely removed, and then the swelling becomes less. The swelling with varicocele increases in standing position. The corresponding half of the scrotum becomes pear-shaped. 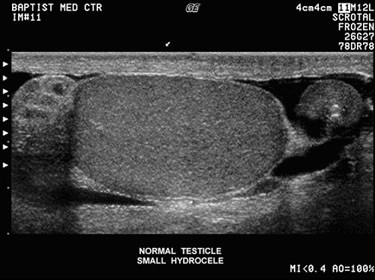 Conservative and surgical treatment of varicocele

As for the treatment of varicocele, then gradations are possible depending on the development of painful symptoms. First of all, with varicocele, it is necessary to eliminate everything that complicates the outflow of blood from the veins of the spermatic cord, eliminate constipation, prolonged physical fatigue. In the initial stages of the course of varicocele, it is necessary to attach the wearing of a well-adapted suspensor, worn so that there is no pressure on the groin area. If these measures are ineffective with varicocele, surgical intervention is necessary.

The most common method of surgical treatment of varicocele to date is excision of the dilated veins of the cord. The operation for varicocele consists in the fact that, upon exposure of the cord, the bundle of dilated veins is isolated from the artery and the vas deferens and excised between the two ligatures, the lower segment is pulled upwards, thereby raising the testicle, which is usually lowered in this disease. This surgery for varicocele is usually beneficial but often leads to long-term troubles in the postoperative period, which are expressed in swelling of the cord tissue and pain along with it. Relapses of the disease (varicocele) are possible. In addition, the dissection of veins with inevitable trauma to other elements of the spermatic cord may adversely affect blood circulation in the testicle itself.