LOTTA ™ is a neuroendoscope for intracranial techniques. 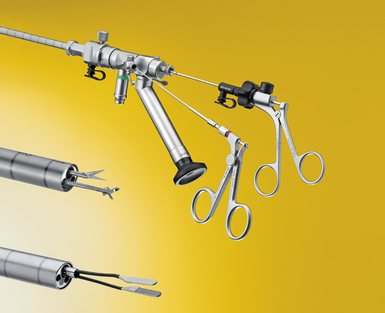 Arrangement of instruments in the working channel of the LOTTA™ neuroendoscope. 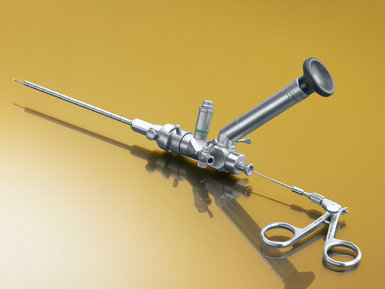 The LOTTA ™ ventriculoscop was designed for all endoscopic brain surgeries and can help treat all forms of obstructive hydrocephalus, intraventricular tumors, and cysts, as well as arachnoid and intraparenchymal cysts. The ventriculostomy is used for ventriculostomies, plastics of the cerebral aqueduct, for imposing stents in the area of the aqueduct of the brain, septostomy, foraminoplasty, biopsies, and resections of tumors, as well as for emptying cysts and resections of the cyst membrane. 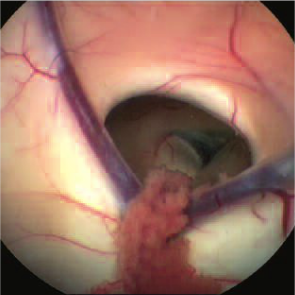 The endoscope is equipped with high-aperture wide-angle optics, which provide high image quality and allow reliable orientation also in protein-rich or bloody CSF. Two integrated lavage channels (inflow and outflow) keep the area in front of the optics clear even in poor visibility conditions (turbid CSF due to ventriculitis or as a result of ventricular bleeding). The always open outflow canal avoids a critical rise in cerebral pressure, which can be caused by strong flushing. The large working channel, on the one hand, guarantees precise guidance of instruments at the endoscope tip, but, on the other hand, also allows effective tissue removal during resection of intraventricular tumors. 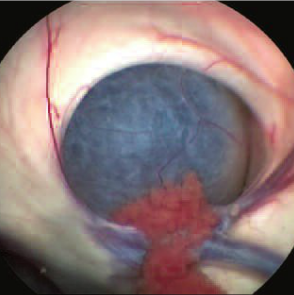 Another feature of the endoscopic system is the stable, rotating working tube, which prevents the optics from dropping or unwanted rotational movements at unfavorable angles of inclination. Despite this, the endoscope can be rotated inside the working sheath without having to change the position of the holder. 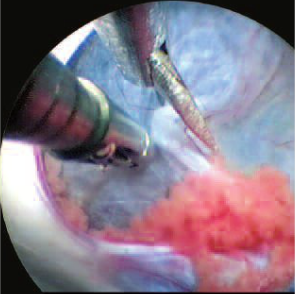 Bimanual preparation by incising the membrane of the suprasselar arachnoid cyst using forceps and scissors. 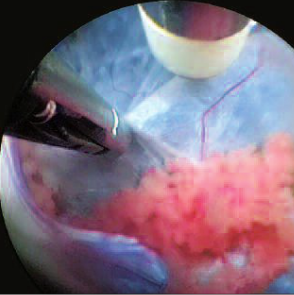 Due to its robust construction, the ventriculoscope is less prone to damage during cleaning and sterilization.

To facilitate the selection of appropriate instruments in neuroendoscopy, a basic kit and a complete kit have been developed. 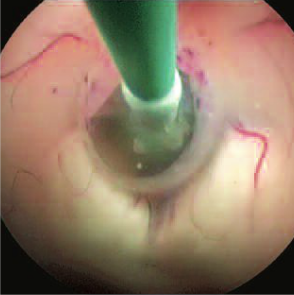 Ventriculostomy with a balloon catheter.

The basic set includes all the instruments needed for endoscopic procedures such as ventriculostomy, plasty of the brain aqueduct, septostomy, foraminoplasty, tumor resection, and cyst fenestration. The complete set contains, in particular, additional optics with different angles of view, thus allowing better orientation in the ventricular system. In addition, additional tools were included here, which, based on experience, are rarely used. 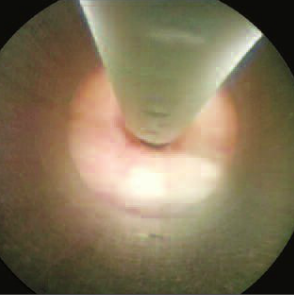 Stent in the cerebral aqueduct.