The main symptoms of the disease of mastopathy are easily palpable lumps and/or nodules of various sizes and shapes in the mammary glands. Less often, with breast mastopathy, discharge from the nipple is noted, which can be of a varied nature. The dark and bloody discharge may indicate an advanced pathology in the mammary gland.

In most cases, these symptoms do not cause concern for a woman, and often patients do not pay special attention to them. Painful sensations in the mammary gland appear in women a few days before menstruation. Lumps in the breast tissue become painful and pass quickly with the onset of menstruation. This is due to cyclical hormonal changes in a woman's body.

Depending on the prevalence of the altered type of breast tissue, different types of mastopathy are distinguished.

Sometimes pathological formations in breast mastopathy are painful on palpation and regardless of the cycle, while the seals can have a different limited-mobile consistency. With pronounced forms and the development of nodular mastopathy of the mammary gland, painful sensations in patients can be given to the axillary region. In this case, the slightest touch to the chest becomes painful.

Depending on the manifestations and nature of the course, Breast mastopathy is classified into two types: diffuse mastopathy and nodular mastopathy.

Diffuse breast mastopathy and its types

Depending on the prevalence of the altered type of breast tissue, the following types of diffuse mastopathy are distinguished:

The presence of nodular mastopathy is a risk factor in the development of malignant breast pathology in women.

A breast cyst is formed as a result of the expansion of one of its ducts, the subsequent accumulation of secretion in the formed cavity, and the formation of a fibrous capsule.

Breast cysts can be single or multiple.

Breast cysts are round, oval, or irregular. Their size ranges from a few millimeters (small breast cysts) to 5 centimeters or more (giant breast cysts). A typical breast cyst is characterized by smooth, even inner walls. Atypical Breast cyst also has growths on its walls that protrude into the cyst cavity.

Breast cysts can be single or multiple. With polycystic mammary glands, numerous cysts of different sizes merge and form multi-chamber clusters. As a result, the altered cystic tissue occupies more than half of the breast tissue and deforms it. A breast cyst is a fairly common pathology. Breast cysts are more common in nulliparous women aged 35-55 years.

Fibroadenoma of the breast

Fibroadenoma of the breast is a form of nodular mastopathy in women.

Breast calcifications are the limited accumulation of calcium salts in the tissue, visible on mammography.

Intraductal papilloma of the breast can occur in women at any age, from puberty to postmenopausal women. The main complaint of patients with this breast disease is nipple discharge. In this case, the discharge can be different - from transparent to bloody. The most informative diagnostic method for suspected intraductal papilloma of the mammary gland is ductography (mammography with the introduction of a contrast agent into the duct lumen).

In Russia, more than 34,000 new cases of breast cancer are detected annually, with a sharp decline in the age of the patients. The first peak in the incidence of breast cancer among women occurs in the reproductive period between 30 and 40 years. According to statistics, the number of cases during this period is 80-100 per 100,000 women. In subsequent years of life, an increase in the incidence of breast cancer is noted, in particular, if 180 cases are recorded at 50 years old, then after 65 years - 250 cases per 100,000 women.

According to the World Health Organization (WHO), by the end of the century, about 750 thousand women will suffer from breast cancer annually, which may be the leading cause of death in women aged 40 to 55 years.

Currently, it is generally accepted that breast cancer occurs 3-5 times against the background of benign diseases of the mammary glands and 30-40 times more often with nodular forms of mastopathy with phenomena of the proliferation of the mammary gland epithelium. In this regard, it is obvious that in recent years, interest in benign diseases has increased significantly, and a decrease in the incidence of mastopathy is a real way to reduce the incidence of breast cancer in women.

What you need to know about breast cancer

The incidence of hereditary cancer is 5-10% of all cases. The likelihood of the disease increases depending on the number of relatives of the 1st degree of relationship (mother, sister, daughter) who have had breast cancer at a young age (up to 40 years).

When to get screened for suspected breast cancer

An examination of the mammary glands is carried out in the first phase of the menstrual cycle (6-12 days of the cycle).

To date, there are several preventive examination algorithms recommended by Russian and European associations of mammologists and oncologists.

For a group of patients under 40:

For a group of patients over 40 years old:

It must be remembered that the survival rate for stage I breast cancer is 98%, which is why it is so important to undergo a regular examination. 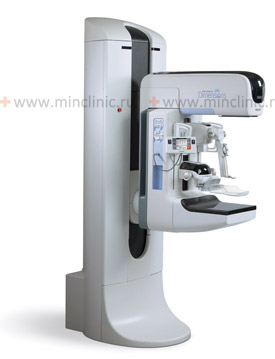 An annual mammogram screening of the mammary glands detects non-palpable stage 1 breast cancer in 93% of women.

An annual mammogram screening of the mammary glands detects non-palpable stage 1 cancer in 93% of women. The high value of this method and the minimum radiation doses make it possible to achieve a reduction in cancer mortality.

Currently, all over the world, it is customary, starting from the age of 35, to conduct a mammographic examination once every 2 years in the absence of indications for a more frequent examination, after 50 years - once a year. The exceptions are lactating, pregnant women, and adolescents for whom mammography is prescribed only for strict indications. As a rule, mammography of the mammary glands is performed in 2 projections (frontal and lateral) on the 5-12th day of the menstrual cycle.