In the case of incomplete fusion of the sacral vertebrae with congenital developmental anomalies - spina bifida, sacralization, or lumbarization, splitting of the vertebral arch with the formation of meningocele or meningomyelocele can be detected. The lateral surfaces of the sacrum have ear-shaped articular surfaces (ear-shaped joints), with the help of which the sacrum articulates with the surfaces of the iliac bones of the same name. 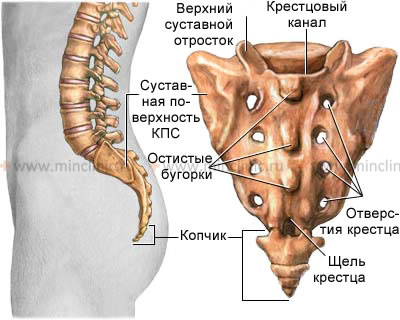 Sacroiliitis and its causes

The main complaints of the patient with sacroiliitis are a pain in the sacral region (sacrodynia) on the side of the inflammation of the sacroiliac joint (junction). The pain is aching in nature, or as with a "bruise", or in the form of constant heaviness and discomfort after exertion (walking, sitting, or dancing). 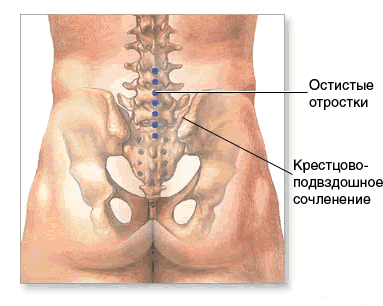 Inflammation of the sacroiliac joint (junction) is called sacroiliitis.

Diagnosis and symptoms of sacroiliitis

Diagnosis of sacroiliitis consists of examining the patient by a doctor, studying his history of the onset of the disease (anamnesis), assessing biomechanical changes (gait, muscle tone, and strength, range of motion in the joints of the lower shoulder girdle). 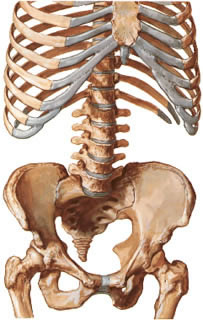 Gynecological diseases of the pelvic organs in women can cause pain symptoms (sacrodynia) in the sacrum, imitating sacroiliitis.

In blood tests with sacroiliitis, signs of inflammation can be detected in the form of an increase in the erythrocyte sedimentation rate (ESR). X-ray of the pelvic bones allows excluding traumatic causes of damage to the sacroiliac joint and osteomyelitis in the patient. 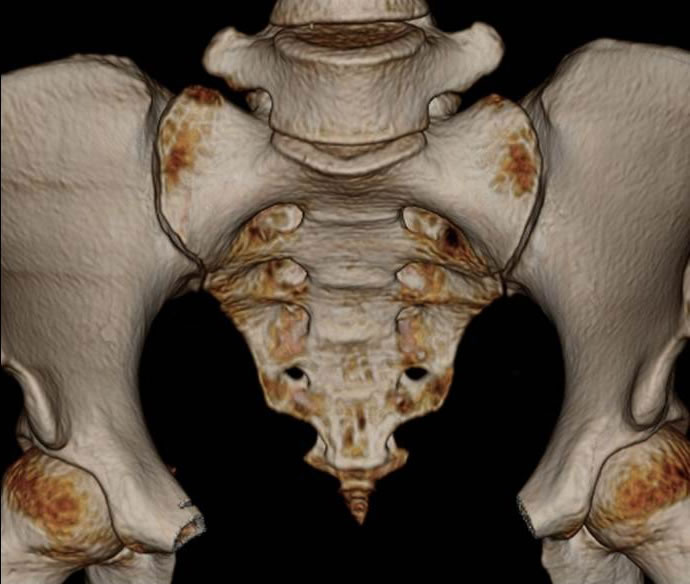 Computed tomography (CT) of the pelvic bones (sacrum, ilium) makes it possible to exclude the oncological nature of the lesion of the sacrum or vertebrae in a patient with sacroiliitis.

Sacroiliitis treatment includes if possible, complete, or partial limitation of excessive physical exertion on the sacroiliac joint (joint). For unloading in pregnant women, for example, a special bandage can be used, which creates unloading of the lumbosacral region. It is desirable to restrict the patient to prolonged sitting or walking.

Medical treatment of sacroiliitis is prescribed depending on the severity of a particular symptom in a patient. These can be non-steroidal anti-inflammatory drugs (NSAIDs) for external and internal use, analgesics, glucocorticoids.

In case of severity of pain symptom (sacrodynia) in a patient with sacroiliitis, blockages (with lidocaine, hydrocortisone, diprospan, kenalog, etc.) can be performed. 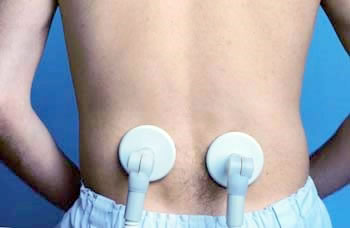 In the treatment of sacroiliitis, elimination of inflammation, a symptom of pain, restoration of range of motion in the sacrum, and muscles of the lower back and buttocks is accelerated with the use of physiotherapy.

Additionally, in the treatment of sacroiliitis, physiotherapy is prescribed on the side of inflammation of the sacroiliac joint (junction).

Depending on the severity of the symptoms of sacroiliitis in the patient, the following therapeutic actions are possible: 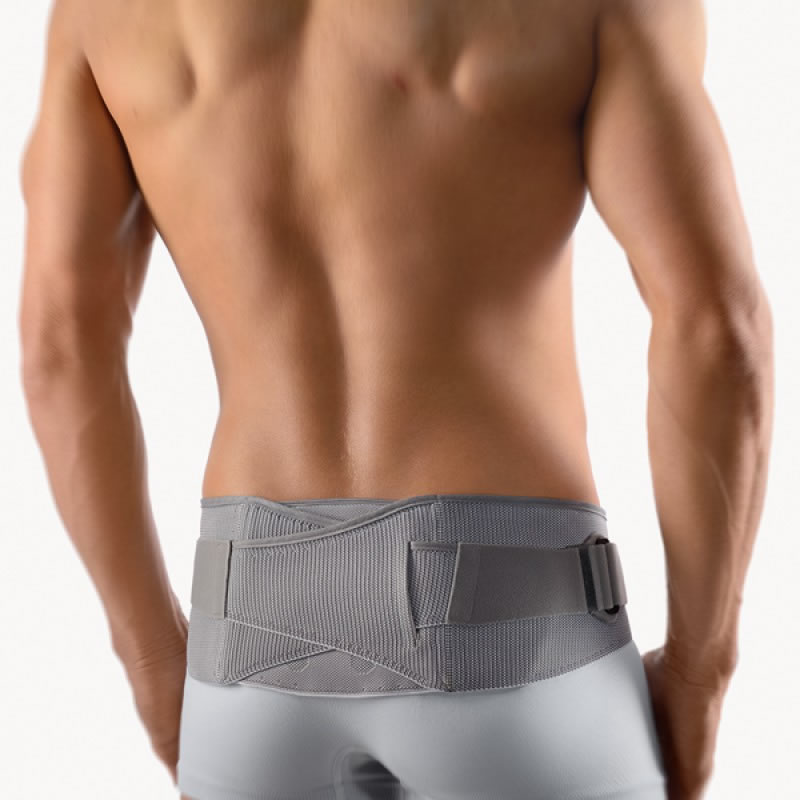 Wearing a sacroiliac brace helps in the treatment of sacroiliac pain (sacrodynia) and arthrosis of the sacroiliac joint (articulation).

In this brace, the patient can move independently at home and on the street, sit in the car, and at the workplace. The need to wear a corset disappears as soon as the pain in the sacrum passes.

There are several types of lumbosacral semi-rigid braces and bandages. All of them are selected according to the size and can be used repeatedly in case of repeated occurrence of pain in the sacrum.

A variant of a semi-rigid lumbosacral brace, which helps in the treatment of pain in the sacrum with sacrodynia.